A while back I posted that we were still at it. Because of Covid-19 and other factors, we were trying unsuccessfully to get one last trip together, but unfortunately, that trip took a long time to plan. Finally, a date was set for us to go back to Arizona later this year.

This will be our most important trip because it will document a carved marking on a specific rock which will verify that information contained on several related maps are valid. Most importantly, it connects myriad entities, giving us a clearer picture of past events that took place in regions surrounding and in the Superstition Mountains. Finding this marking, simply put, is the icing on the cake. For now, what I can share is that after a lot of research the marking’s origin is a Jesuit–Spanish creation. During the last four years and three trips, I told the team that when they are up on the mountain, they should keep an eye out for a particular marking, something we have been searching for on the last three trips—it was a hunch I had. On the last day, there it was. I cannot overemphasize how important further documentation is along with a thorough search of the adjacent area. I will explain in detail, when our story is shared, why this one marking is so significant. I am not aware of anyone referring to this marking, which to me is somewhat surprising considering its undeniable significance. But then again, it was only a vision in my head until it became a fact.

Some people have criticized us for writing a book about our findings, and they want us to share more clue information in this format. First off, the book is not just about clues and what we have discovered. The book is our story, and a big part of the tale is about traveling from Ohio to Arizona, including the camaraderie we have developed because of the challenges we have faced along the way. The guys on team Arcana have given up five years of family vacations (their wives and children also have sacrificed), taken time off from work, and in a few cases spent accrued retirement vacation time and dollars to go to Arizona. And of course, there is the danger element. On at least two climbs, one wrong move could have proved deadly. Also, I originally considered funding our efforts with outside money; however, early on we decided against that and have been fully-self funded by Arcana Exploration to the tune of $70,000.

I have a ton of respect for true Dutch Hunters like Salvador Deaglio, and the real deal guys who go up into the mountains with little fanfare. I met and talked with Salvador on our first trip to Arizona. Dave and I were at the 2015 Rendezvous at the Don’s Club. We talked for over an hour, where I discovered we were looking for something in common, something that not before nor since have I heard mentioned. Salvador is one of the most underappreciated of the true Dutch Hunters.

It would be so nice to roll out of bed on a day off, jump in the pickup truck and within 45 minutes be up in the Supers hunting for treasure, but we cannot do that; instead, we make huge sacrifices to be in Arizona. Anyone who talks about us writing a book just for money doesn’t understand us or our motives. My guys have given up three annual family trips to lake Norris in Tennessee. Webb has two daughters who play very competitive softball, and he even coaches one team. He has missed several huge tournaments to support Arcana and travel to Arizona. As far as sacrifice goes, we are knee deep into it.

Our book is about our road trip of road trips. As I think about it, in a manner of speaking it is a diary – journal, a true record of not only what we found but also the fun in doing it.

Part of the time when we are not overnighting on the mountain, we always have a house as our home away from home. The home base is great, where we can come back have a shower a cookout and of course a few beers. With six guys we have found it is cheaper to rent a house than stay at the Best Western at Gold Canyon.

Above is the house we stayed at on the last trip. One night we were sitting out back having a few beers and talking about the day’s events. There was a full moon, so I grabbed my Sony camera and walked out into the desert behind the house and took this shot. Had I not had several beers I might have thought twice about being out there in sandals and no snake guards. Luckily, I heard no rattlers, but we did have a huge tarantula who kept wanting to join us on the flagstone patio; I guess he likes Miller Lite. Those dammed things are scary fast on a hard surface, and if you are not careful, they are on you before you know it.

When you are up in the Supers, you always are watching for dangerous creatures, but you are also wearing protective clothing, so you are safe. The house we stayed at on the last trip was not buffered from the surrounding desert. It was at the very end reaches of development and had enough altitude so that at night we could see Apache Junction’s lights. Sitting on the patio at night in flipflops I never felt comfortable, where at any moment something could slither under the table.

Starting with the next post and over the next several months, the guys will share a bit about themselves, but just a bit. Jeff. First up watch for Daddy Dave. 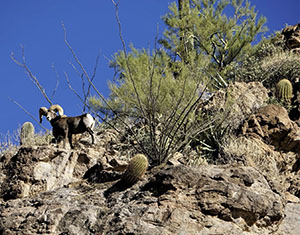