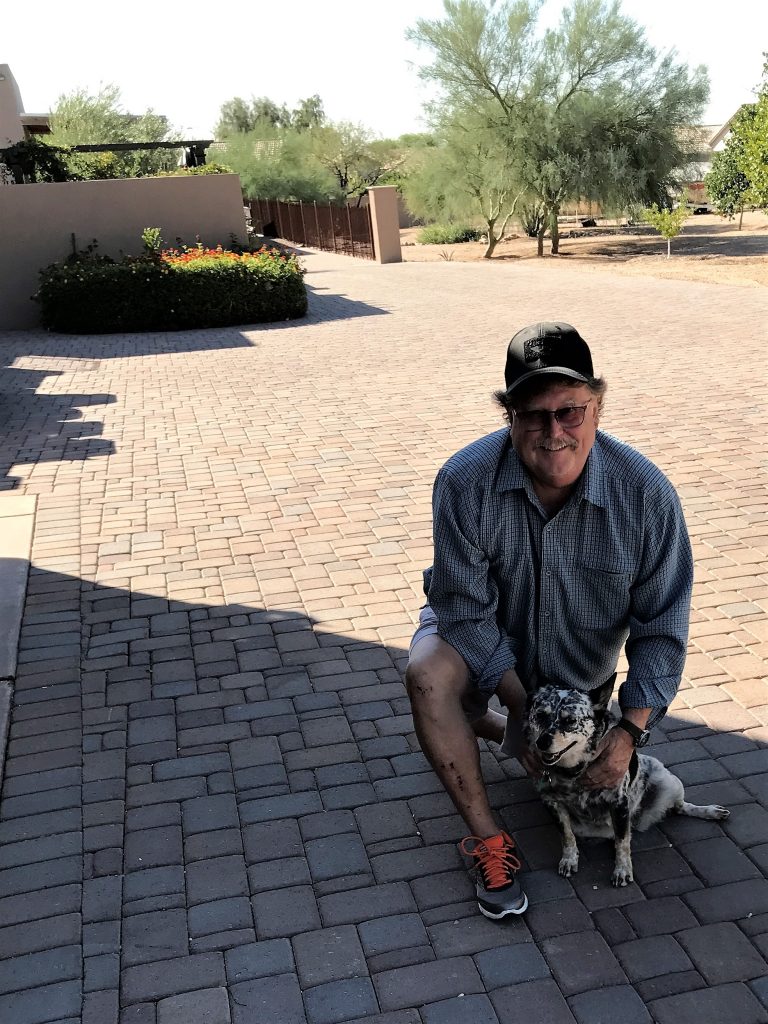 Without a doubt one of the best times of my life was the summer of 1956—I was ten years-old and lived near Allison Park, Pennsylvania. Our property backed up to a huge forest.  At times I had to hike about three miles into the forest before I would come to the first gravel road. There was a stream I believe was called Fall Run. That summer, most every morning I would get up early, pack a lunch for the backpack, fill my canteen, grab my pocket knife (for protection) and small hatchet. Then my dog Buttons, a Collie, and I would leave for our secret place, a remote gorge about two miles into the forest. Back then it had only game trails, and Buttons and I never saw another soul that whole summer while at the gorge.

On our third or fourth trip we discovered a ledge that led to a large outcropping that protruded out over the gorge. It was flat and roughly the size of a pool table. Buttons and I would stop there and have our lunch while gazing at a small waterfall that flowed into a collection pool about eighty or so feet below us. In the plunge pool below us we spied on all manner of wildlife, but our most special visitor was a mother Bobcat with two cubs. That winter my father got transferred to Cleveland, Ohio, and we lived in an apartment complex in Fairview Park, Ohio. Buttons and I would never again visit the plunge pool.

The one good thing about Cleveland was that my grandparents lived there. I soon learned that my grandmother on my mother’s side was a Livingston, of Scottish descent. I also found out that the Scottish missionary and explorer, Dr. David Livingston, is part of our family tree.  While searching for the source of the Nile River he was the first European to see Victoria Falls; he named it after Queen Victoria. He became famous when The New York Herald sent a syndicated journalist, Henry M. Stanley, to Africa to find out if Livingston was still alive (“Dr. Livingston, I presume?”). It seems a bit ironic that late in my life, I have formed “Arcana Exploration and Discovery”, and that we have been searching for a long-lost gold mine perched next to a hidden ledge in the Superstition Mountains of Arizona.

For most of my life I lived in the Cleveland, Ohio area and worked in the automotive aftermarket.  In 1980 my company transferred me to Columbus, Ohio. In 1994, I became a health insurance broker and actively did that until 2012-13.  Over the years I played a lot of golf and fly-fished on the Mad and Clear Fork Rivers. I have been a loyal Cleveland Browns fan all my life.

In September of 2008 I moved to Thornville, Ohio, on Buckeye Lake. While I was there, I decided to take some classes at Columbus State Community College in Columbus. This was when I got my first home computer and when I first learned about the LDGM that popped up one night on a blog.  That started a journey that I never would have envisioned. There is something that I have heard many times before, and it is true: The most fulfilling things in life are the comradery and friendships and the experiences that are shared together.

Our goal now is to make a fifth trip and further document what we have and also explore some areas we have not been able to reach before. For this trip we know what we need—high-tech gear and equipment along with some additional expertise.

It seems like a very long time from the plunge pool in a deep and forested gorge in the Pennsylvania woods. A long time, yes, but maybe not so far away.